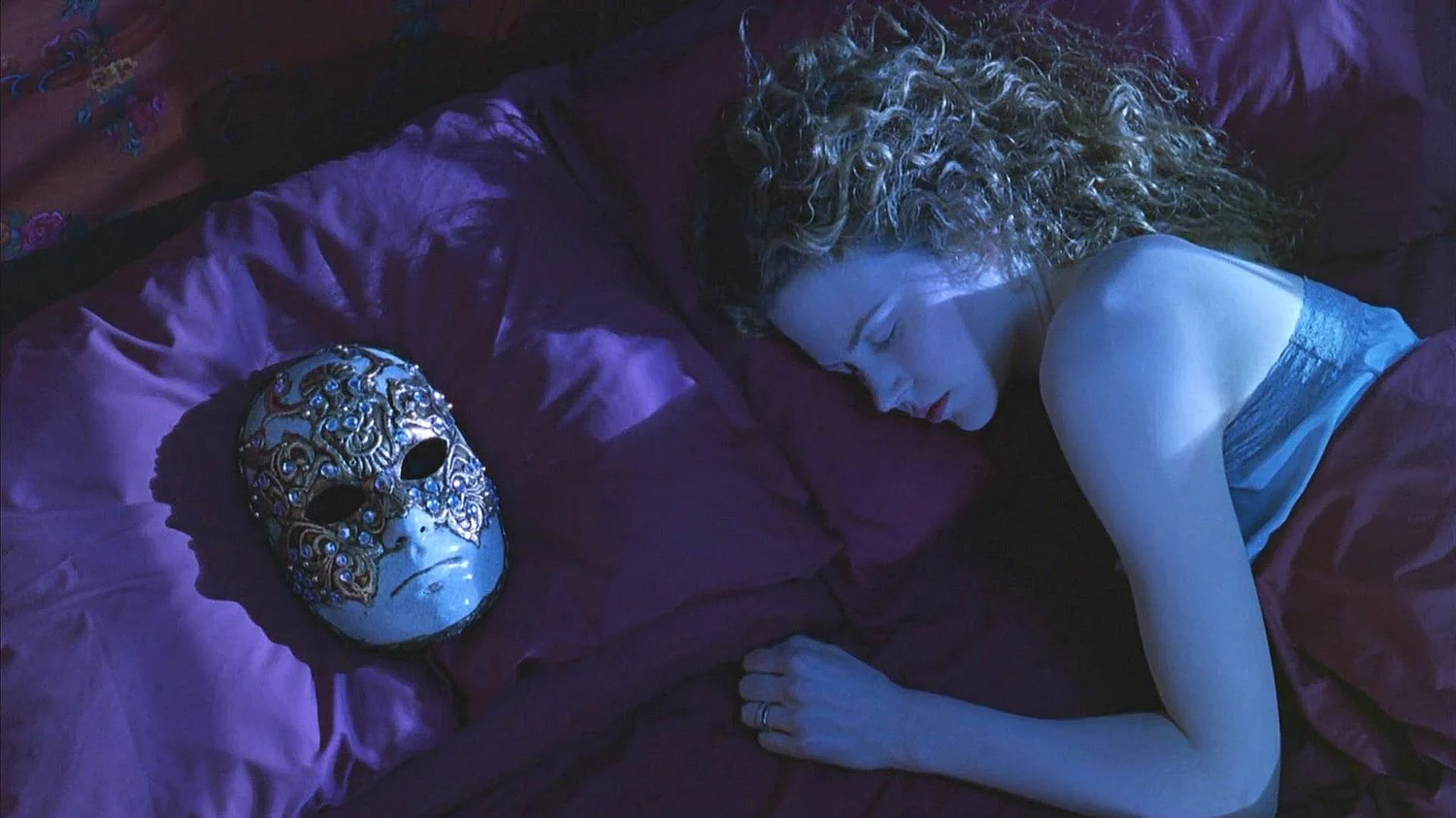 One of Stanley Kubrick’s most controversial films, “Eyes Wide Shut” is an adventure many people have ventured into in the past, but few have made head or tail of it and been able to wade past the overtones of promiscuity and fidelity.

Freud became a sort of predecessor for many aspects of the film, wherein dreams were the fulfillment of unconscious wishes. Kubrick paired the undertones with dreamy lighting, surrealist imagery, and bold colors; the end product dazzles with more than just two of the most popular stars in Hollywood.

Simultaneously surreal, Freudian, and dreamy, the film is a massive personal joke on viewers, that is for, by and from Stanley Kubrick. His cinematography, the production design, the wary (and often unappealing) protagonists are designed to throw audiences off their senses throughout the unfolding of the plot.

As is visible in this shot, purple and golden are the two most utilized colors in Kubrick’s palette, where both colors stand for royalty (a befitting representation of class), but don’t pinpoint any specific emotions remaining shrouded in mystery and majesty.

I believe Mise En Scene was this film’s guilty secret and guiding force. Even in a single shot: the themes of marriage (through an innocently placed wedding band), the controversial Venetian mask, and dreams play an integral part.

Revenge is the compass that guides Dr. Bill, but Kubrick stands atop all our emotions as if to say: ‘let’s see you pinpoint what is real and what is a dream.’ The linchpins are the scenes in the bedroom, but are they also a figment of someone’s reactions?

For me, the mask represents Dr. Bill’s shadow self that does not tell his wife what he’s doing with which his double, mischievous life comes to the fore.

Love, life, class, marriage, and psychology run rampant in this brilliant amalgamation. The exploration of dreams precedes “Inception” in somber hues. In Stanley Kubrick’s films, every still is a Surrealist painting come to life, as he explores the illusory and the unlikely and makes every viewer question a different part of their existentialism.